On July 9, 2020, the U.S. Supreme Court issued its 5-4 decision in McGirt v. Oklahoma, a landmark ruling that held Congress never dismantled the Muscogee Nation reservation and that much of the eastern part of the state remains Indian land.

In the months that followed, Oklahoma courts extended that ruling to the four other tribes that make up the so-called “Five Civilized Tribes” in eastern and southern Oklahoma — the Cherokee Nation, Chickasaw Nation, the Choctaw Nation and the Seminole Nation. In October 2021, the Oklahoma Court of Criminal Appeals extended the ruling to the Quapaw Nation as well.

Tribes hailed the decision as a win for their sovereignty. But Gov. Kevin Stitt and Oklahoma Attorney General John O’Connor say the McGirt ruling has wreaked havoc on the state's ability to prosecute criminal cases and enforce regulations and taxation.

The state and the tribes are grappling with how to prosecute many crimes in Indian Country after the McGirt ruling. Crimes now fall under federal, state or tribal jurisdiction depending on the tribal citizenship of both the victim and perpetrator, and the nature of the offense.

Tribal police have also entered into cross-deputization agreements with federal, state and local law enforcement agencies. The agreements allow non-tribal police to assist each other, and make arrests within each other's jurisdictions.

State officials initially said the Supreme Court ruling would put tens of thousands of previous convictions and current cases in jeopardy, but an Oklahoma Court of Criminal Appeals has ruled that that McGirt ruling is not retroactive for cases that had already been decided.
‍
The state of Oklahoma is now seeking to overturn the McGirt ruling by challenging other cases at the U.S. Supreme Court, but the court so far hasn’t agreed to take up the issue again. 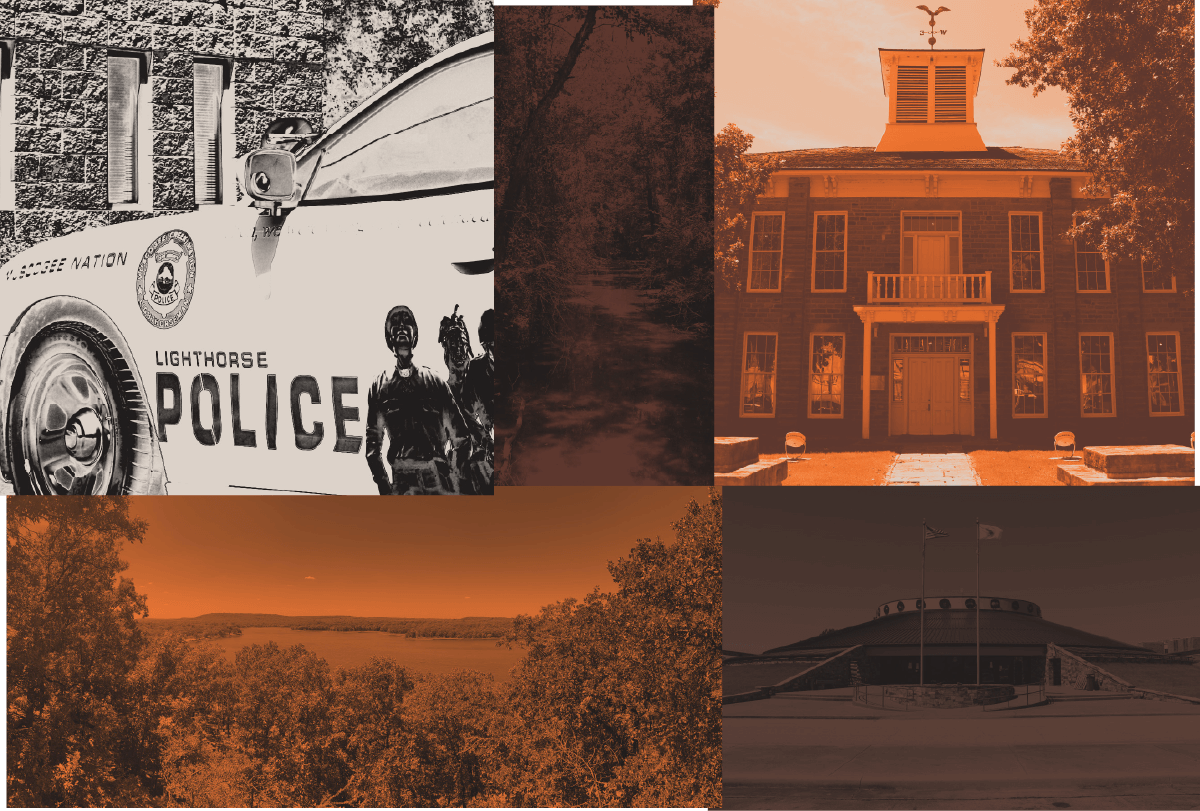 The Muscogee, sometimes referred to as the Creeks, lived in parts of Alabama, Georgia, Tennessee and Florida before the federal government forced them to move to Indian Territory.

The Muscogee ceded their remaining land east of the Mississippi River to the United States in the Treaty of Cusseta in 1832.

The tribe faced forced removal from their homelands to Indian Territory between 1834 and 1837. Muscogee who didn’t sell their property had to fight off land speculators and squatters. The remaining Muscogee launched acts of sporadic violence against some neighboring non-tribal settlements, leading to the Creek War of 1836. The uprising resulted in the U.S. Military forcing most of the remaining Muscogee citizens on a march to Indian Territory on the Trail of Tears.

Some Muscogee remained in the southeastern United States after removal. Citizens of the Poarch Band of Creek Indians, a federally recognized tribe based in Alabama, are descended from those who stayed behind.

The United States forced the tribe to sell about 3.2 million acres of Indian Territory land to the federal government after the Civil War as punishment for some tribal members' support for the Confederacy. The forced sale represented about half of the tribe’s domain.

Among other major southeastern tribes, the Muscogees were closely aligned with the Seminoles, and their language and cultural practices share many ties.

The Muscogee Nation was the first tribe to have its reservation boundaries affirmed through the U.S. Supreme Court’s McGirt decision in June 2020. The tribe filed briefs with the court arguing that its reservation had never been disestablished before Oklahoma became a state.

The tribe has not agreed to sign on to Congressional legislation that would allow it to enter into a compact with the state of Oklahoma to handle some criminal prosecutions. 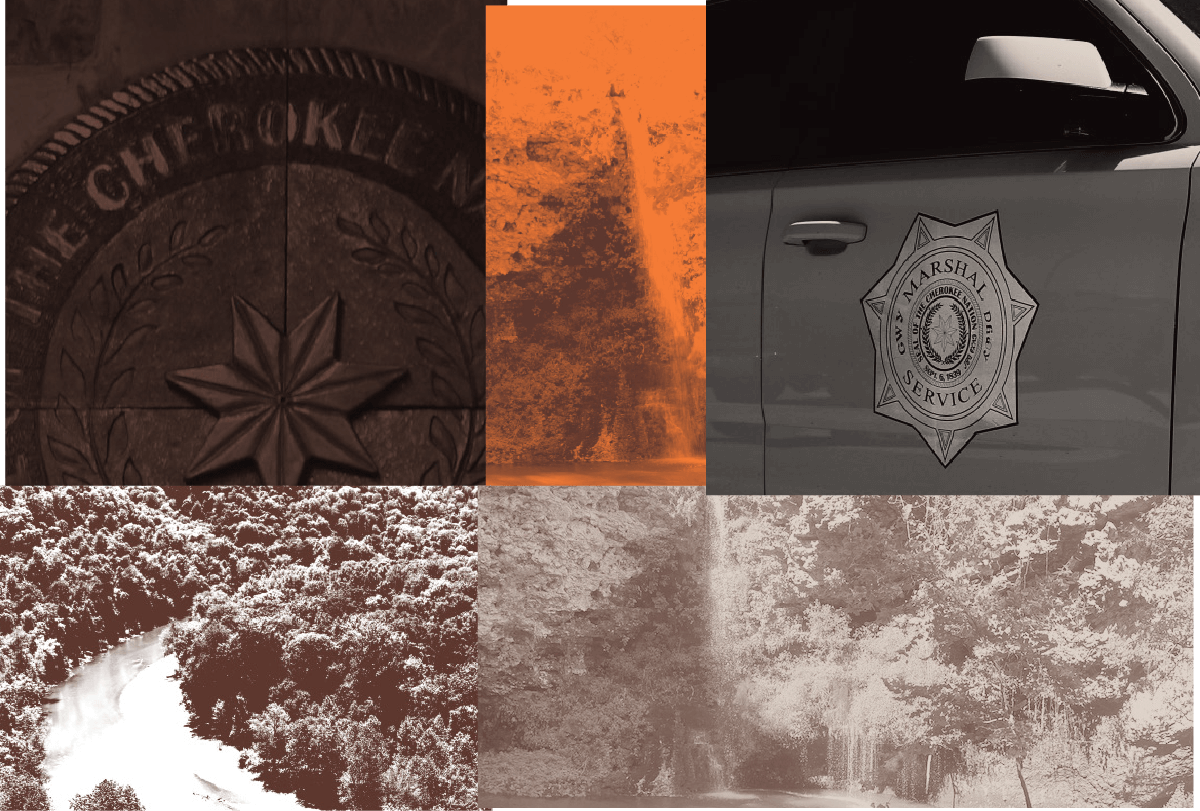 The Cherokee originally lived in parts of Georgia, Alabama, Tennessee and North Carolina before the federal government forced them to move to Indian Territory.

Prior to Cherokee removal to Indian Territory, the U.S. Supreme Court issued the landmark 1832 Worcester v. Georgia decision, which is considered to be a bedrock decision on tribal sovereignty. The ruling held that the federal government has authority over tribal affairs, but states do not. The ruling would play a pivotal part in the Supreme Court’s McGirt decision more than 150 years later.

The 1835 Treaty of New Echota led to the forced removal of Cherokees to Indian Territory in 1838.

The Cherokee Nation reservation in northeastern Oklahoma is also home to the United Keetoowah Band of Cherokee Indians, a separate federally-recognized tribe headquartered in Tahlequah. Most tribal members claim ancestry from the “Old Settlers” — Cherokees who came to Indian Territory before the forced removal in 1838.

The North Carolina-based Eastern Band of Cherokee Indians are one of three federally-recognized Cherokee tribes and are descended from Cherokees that remained in the southeastern United States after most were forcibly removed to Indian Territory.

The federally-recognized Delaware Tribe of Indians, is headquartered in Bartlesville, inside the Cherokee Nation reservation.

On April 6, 2021, the Oklahoma Court of Criminal Appeals ruled in Hogner v. State of Oklahoma that the Cherokee Nation was never disestablished and the state lacks jurisdiction to prosecute many crimes.

The Cherokee Nation has said it supports pending congressional legislation that would allow it to compact with the state of Oklahoma to handle some criminal prosecutions. 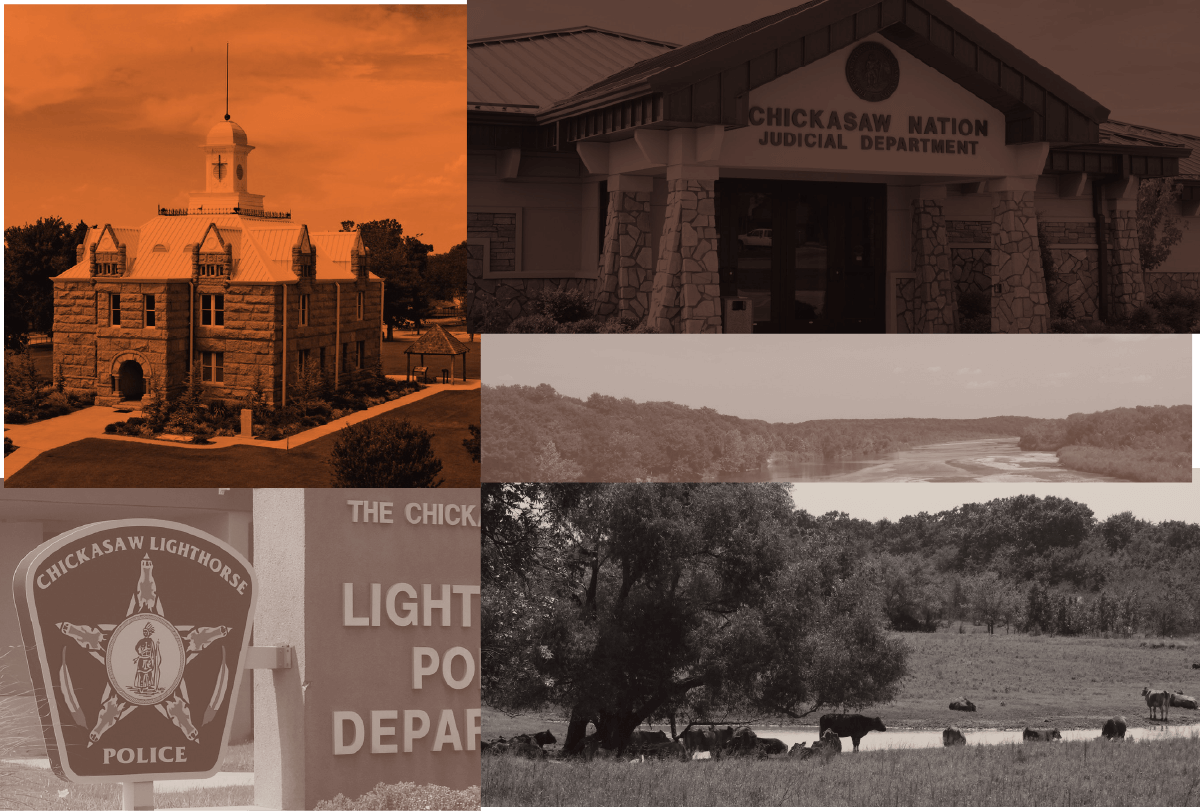 The Chickasaws agreed to relinquish tribal lands east of the Mississippi River in the 1932 Treaty of Pontotoc Creek.

The 1837 Treaty of Doaksville, allowed the Chickasaws to purchase the western section of the Choctaw Reservation in Indian Territory for $530,000.

The federal government forcibly removed Chickasaws to Indian Territory between 1837 and 1838.

After the Civil War, the 1866 Treaty with the Choctaw and Chickasaw ceded leased tribal lands west of the 98th parallel north to the federal government for $300,000, where tribes were to be settled.

Chickasaw removal to Indian Territory was traumatic and resulted in many deaths, but was still less lethal than the forced migration of other southeastern tribes. Chickasaws were able to follow the routes of tribes that moved west before them.

Migratory Plains tribes still inhabited the Chickasaws’ new land when they arrived in Indian Territory. The Plains Indians led raids on some of the newly-established Chickasaw settlements and homesteads.

The Chickasaws have been closely aligned with the Choctaws and the tribes share related languages and cultural practices.

The Oklahoma Court of Criminal Appeals ruled on April 15, 2021, in Bosse v. State of Oklahoma that the Chickasaw Nation reservation was never dismantled and that Oklahoma lacks jurisdiction to prosecute many crimes.

Shaun Michael Bosse is a non-Indian sentenced to death in Oklahoma for the murders of three Chickasaw citizens.

The state has appealed the ruling to the U.S. Supreme Court. The Chickasaw Nation has said it supports pending Congressional legislation that would allow it to compact with the state of Oklahoma to handle some criminal prosecutions. 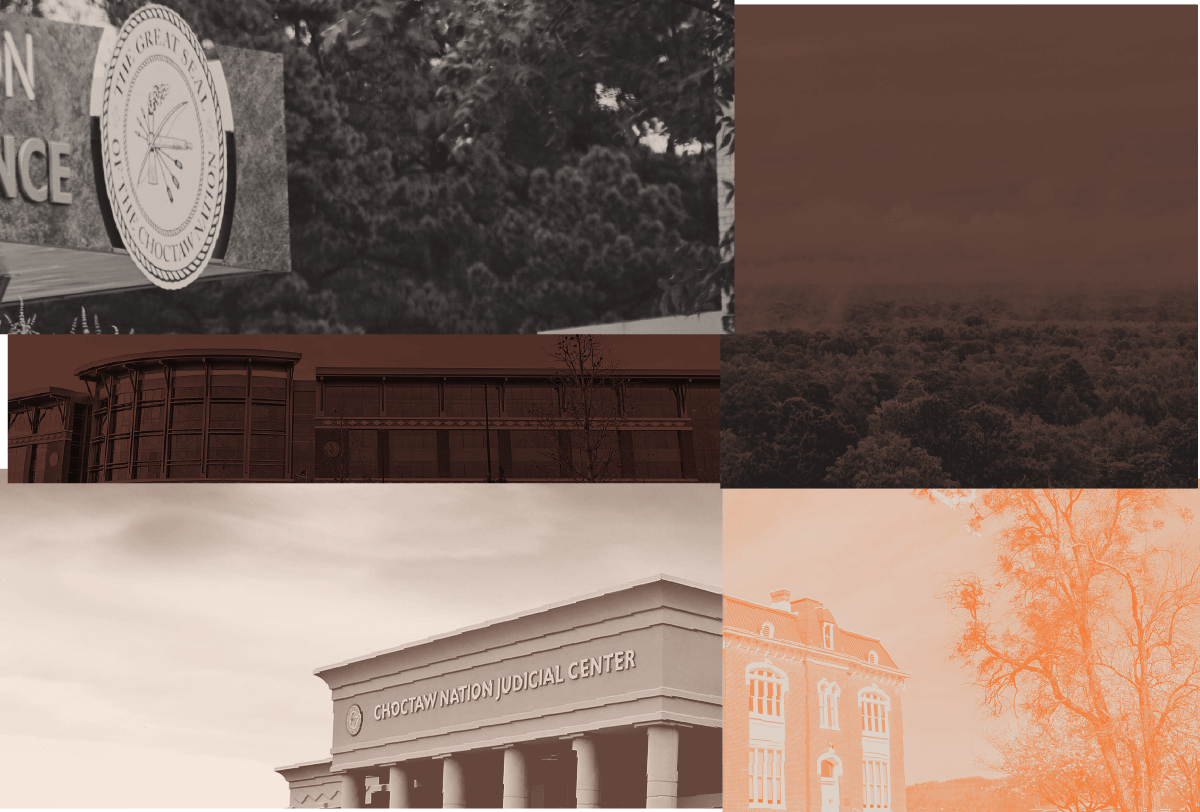 The Choctaws lived in parts of Alabama, Mississippi, Florida and Louisiana before the federal government forced them to move to Indian Territory.

The Choctaws signed the Treaty of Dancing Rabbit Creek with the United States in 1830, ceding tribal lands in Mississippi for a new home in Indian Territory. The treaty was the first removal treaty signed after the 1830 Indian Removal Act.

After the Civil War, the 1866 Treaty with the Choctaw and Chickasaw ceded leased tribal lands west of the 98th parallel north to the federal government for $300,000, where tribes were to be settled.

The Trail of Tears was deadly for many Choctaws. One party of about 1,000 Choctaws had just 88 people survive the journey to Indian Territory. The group of mostly women and children were near starvation.

Prior to moving west in 1832, Choctaw Chief George Harkins wrote an open farewell letter to the American people where he said “I could cheerfully hope, that those of another age and generation may not feel the effects of those oppressive measures that have been so illiberally dealt out to us; and that peace and happiness may be their reward. Amid the gloom and horrors of the present separation, we are cheered with a hope that ere long we shall reach our destined land, and that nothing short of the basest acts of treachery will ever be able to wrest it from us, and that we may live free.”

The Choctaws are closely aligned with the Chickasaws and the tribes share related languages and cultural practices.

The Oklahoma Court of Criminal Appeals ruled on April 1, 2021 in Sizemore v. Oklahoma that the Choctaw Nation reservation was never dismantled and the state lacks jurisdiction to prosecute many crimes.

The Choctaw Nation does not support pending congressional legislation that would allow it to compact with the state of Oklahoma to handle some criminal prosecutions. 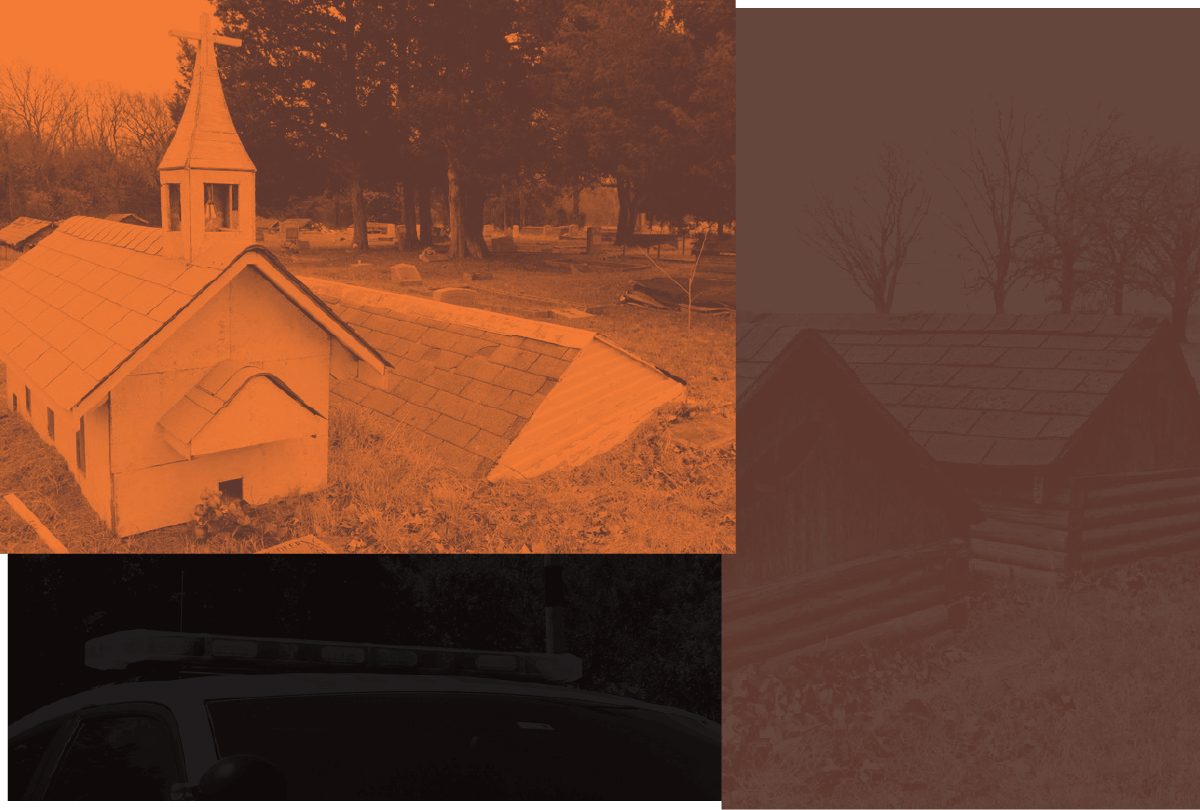 The Seminoles lived in Florida before the federal government forced the tribe to move to Indian Territory.

The Seminoles relinquished all of their land in Florida in the 1832 Treaty of Payne’s Landing.

The federal government forcibly removed Seminoles to Indian Territory between 1834 and 1842.

The United States initially wanted the Seminoles to merge with the Muscogee tribe in Indian Territory. But many Seminoles disagreed over whether to move west. Seminoles killed some chiefs who agreed to move. Seminole waged a violent resistance to the federal government’s relocation efforts after the forcible removal of several villages in 1834. Runaway slaves from the Florida swamps aided the Seminoles in their fight against U.S. forces. Seminoles also led raids on slave plantations.

Forced removal sparked the Second Seminole War in 1835, a bloody, seven-year conflict. The war is considered the longest and most costly of all the American Indian Wars. The legendary Seminole leader Osecola emerged during the war as a key fighter against resettlement.

Federal and state authorities abandoned efforts to extract Seminoles from Florida in 1842.

As a result of the Seminoles’ campaign of resistance, The Seminole Tribe of Florida and the Miccosukee Tribe of Indians of Florida remain in Florida today.

The Seminole are closely aligned with the Muscogee, and the tribes share a related language and cultural practices.

The Oklahoma Court of Criminal Appeals ruled April 1, 2021, in Grayson v. State of Oklahoma that the Seminole reservation was never dismantled and the state lacks jurisdiction to prosecute many crimes.

The Seminole Nation does not support pending congressional legislation that would allow it to compact with the state of Oklahoma to handle some criminal prosecutions. 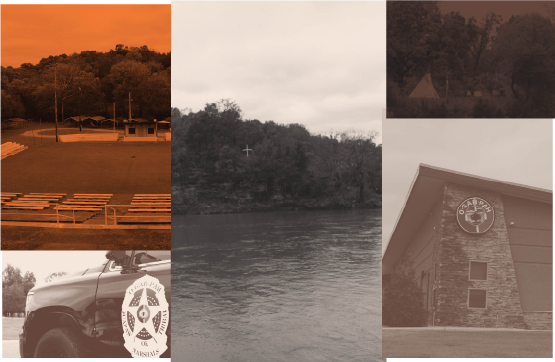 The Quapaw are believed to have migrated from the Atlantic coast prior to European contact and settled near the mouth of the Ohio and Wabash rivers, as well as Missouri, and eventually in Arkansas near the confluence of the Arkansas and Mississippi rivers.

Following the Louisiana Purchase in 1803, the United States signed a treaty with the tribe in 1818 in which the tribe ceded 30 million acres south of the Arkansas River for $4,000 in goods and an annual payment of $1,000 worth of goods. In 1824, the tribe signed a treaty ceding the rest of its lands in Arkansas and moved to Louisiana with the Caddo tribe. Within a few years, flooding, famine and other issues in Louisiana had pushed most of the Quapaw back to Arkansas, but pressure with White settlers eventually caused tribal leaders to sign a treaty with the federal government in 1833 in which the tribe agreed to move to 96,000 acres of reservation land in northeastern Indian Territory.

In 1834, nearly 200 Quapaws were moved to the Quapaw Reservation in Indian Territory, though many moved into Cherokee and Choctaw lands in Oklahoma and Texas, and some eventually established an off-reservation community in Oklahoma near Holdenville.

The Quapaw Nation was the first tribe outside of the Five Civilized Tribes to have the boundaries of its reservation affirmed under the U.S. Supreme Court’s McGirt ruling.

From a convicted murderer’s release to contested taxes, we fact checked Gov. Stitt’s claims about the McGirt ruling

After SCOTUS decision, American Indians in Tulsa jail sometimes wait in limbo for weeks without bond or access to attorneys

Tribes, Oklahoma Committed To Working Together On Matters Of Jurisdiction And Public Safety

McGirt set for May 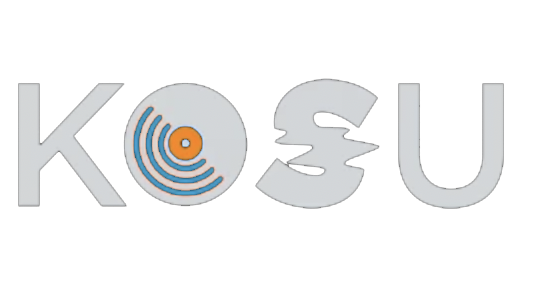